Why this Calvinist doesn't make much of divine "Sovereignty"

on July 29, 2014
In the literature, the classic phrase that is used to describe the cause championed by Calvinists is 'the sovereignty of God'. Yet in my writings, I seldom use the word, and instead usually speak of 'providence' or 'divine control'. One may ask why I avoid the phrase, and in response, I will say that there is nothing wrong with the sovereignty of God, God is sovereign. But here are three reasons why I don't have much use for the word 'sovereignty' in my writings on the topic.

First, the word sovereignty may be too modest in its claims, and it may not impress Arminians much. To say that God is sovereign could modestly mean only that He has ultimate power and authority over human affairs. But His having such sovereignty over humans tells us little about how much God in fact exercises sovereignty. All stripes of Arminians are perfectly comfortable affirming that God is 'sovereign', but they deny that God uses His sovereignty over human affairs by determining the outcome of human free choices. This is why by speaking instead of providence, we remove the ambiguity, and it now precisely speaks not about what God could do if He wanted, but rather about what God in fact does in this world to providentially bring about His purposes. If you will, providence is 'sovereignty exercised,' and the arguments Calvinists should press are based on the extent of God's providence, as we want to challenge Arminians on what the real question is: 'what does God do?' not 'what could He?'

2-Arminian sovereignty – My God is stronger than your God

Secondly, the malleability of the word sovereignty leads to large amounts of problematic speculations about what the best kind of sovereignty should look like in one's personal opinion. And with human feelings as a measuring tool for what God’s sovereignty should be like, it is no wonder that we end up ironically finding in the literature even Arminians using the concept of sovereignty against Calvinism. Arminians will at time argue that a 'really sovereign' God is one who has the 'courage' to create free creatures that may get out of His control, so that the controlling Calvinist God would then be quite the wimp after all! In that respect, Gregory Boyd finds the Calvinist God 'insecure' and 'weak;'[1] for Terry Miethe He is 'very limited in his power,'[2] and 'surely not sovereign,'[3] and even His omnipotence is compromised according to Samuel Thomson.[4]

On the other hand, the God of libertarianism who grants 'true freedom of will' is 'much greater,'[5] and it shows his 'superiority and his ultimate control over all things.'[6] And if we go as far as open theism, William Hasker rejoices that God becomes much more exciting for engaging in 'admirable risk taking and experimentalism.'[7] This God is 'so stable and secure as to be able to risk suffering and change,'[8] adds Clark Pinnock. This is allegedly sovereignty 'worth wanting'.

But I am afraid that this kind of speculation will not get us very far, because it is entirely subjective, and God’s sovereignty is not to be determined by human feelings. This is why, by debating the extent of God’s providence, we cut out all this word play. We are no longer subjectively arguing 'my God is stronger than your God', rather we are asking the objective question, 'what are the consequences of one's view of free will on the providence of God in this world?'

3-Sovereignty and the renegade molecule – An unfortunate straw man

Finally, the malleability of the word sovereignty has also led to unfortunate misunderstandings which tend to cripple the debate. The prime example of this is a famous quote by R.C. Sproul which is often criticized in debates on divine sovereignty. He asserted,


Sproul’s intent as a Calvinist is fine because on the reformed view God does in fact exercise such providence, but his formulation is very unfortunate and has crafted a straw man that Arminians are very quick to knock down, because it seems to say that Calvinists are arguing the following:

Premise 1 – Unless God is decreeing absolutely everything that comes to pass down to a single molecule in the universe, we cannot say, 'God is sovereign'.

Conclusion 3 – Therefore God decrees absolutely everything, which is to say that Calvinism is true.

This is exactly how Arminian Jack Cottrell understands the Calvinist position. He shares:

It is my conviction that the Calvinistic view of sovereignty described above was formulated in a rather intuitive manner, with certain assumptions being made as to what must be the case if God is sovereign – i.e., omnicausality and unconditionality.[10]


And so Cottrell concludes, 'Calvinism says that if the decree is conditional in any way, God cannot be sovereign.'[11]

But nobody should argue that way and present the above argument in favor of Calvinism.[12]
Premise 1 is most definitely false. I am perfectly happy to grant that God could be called 'sovereign' by the Bible even if a renegade molecule were oscillating in an indeterminist fashion, within boundaries in a corner of the universe. The real Calvinist issue at hand however, is that libertarian free will is no mere renegade molecule, and it represents a serious impediment to God’s providence if not His sovereignty. This is the issue worth discussing.


For these reasons, I favor the word 'providence' over 'sovereignty' in these discussions. It removes the ambiguity between God’s theoretical powers and His actual actions, it cuts out any speculations about what kind of sovereign we humans prefer to have, and by preventing the erection of straw men it keeps Arminians on the actual debate topic: is libertarian free will compatible with God’s actual providence?

(I offer a few remarks on that question here)

[1] 'To simply control others so that you always get your way is the surest sign of insecurity and weakness'. Gregory A. Boyd, God of the Possible: A Biblical Introduction to the Open View of God (Grand Rapids, MI: Baker Books, 2000), 149.


[2] '[The Calvinist God] is very limited in his power because he cannot create truly free creatures. He is not powerful enough to create people really in his own image as the Bible says he did'. Terry L. Miethe, 'The Universal Power of the Atonement' in The Grace of God and the Will of Man, ed. Clark H. Pinnock (Bloomington, MN: Bethany House Publishers, 1995), 81.


[3] 'The problem would be with a god who could not create free creatures, or a god who had to force people to do his will. Surely this "god" would not be sovereign'. Terry L. Miethe, 'The Universal Power of the Atonement' in The Grace of God and the Will of Man, ed. Clark H. Pinnock (Bloomington, MN: Bethany House Publishers, 1995), 74.


[4] 'If God had to negate man’s freedom and force him to choose in the proper way, then his omnipotence truly would be compromised'. Samuel M. Thompson, A Modern Philosophy of Religion (Chicago, IL: Regnery, 1955), 503 quoted in Terry L. Miethe, 'The Universal Power of the Atonement' in The Grace of God and the Will of Man, ed. Clark H. Pinnock (Bloomington, MN: Bethany House Publishers, 1995), 74.


[5] 'A God who can grant true freedom of will and still retain His sovereign control is a much greater God than a God who must limit His approach to sovereign control to determinism'. F. Leroy Forlines, J. Matthew Pinson ed., Classical Arminianism: A Theology of Salvation (Nashville, TN: Randall House Publications, 2011), 79.


[6] 'God’s ability to make free beings is a sign of his superiority and his ultimate control over all things'. C. Stephen Evans, 'Salvation, Sin, and Human Freedom in Kierkegaard' in The Grace of God and the Will of Man, ed. Clark H. Pinnock (Bloomington, MN: Bethany House Publishers, 1995), 189.


[7] 'Those who admire risk taking and experimentalism in human life may feel that the richness of God’s life is diminished if we deny these attributes to him'. William Hasker, God, Time, and Knowledge (Ithaca, NY: Cornell University Press, 1989), 199-200 quoted in Thomas P. Flint, Divine Providence: The Molinist Account (Ithaca, NY: Cornell University Press, 2006), 98.


[12] For example, Calvinist Bruce Ware is a bit swift in his statement that, 'Because God is sovereign, God controls all that occurs'. Bruce A. Ware, 'Divine Election to Salvation: Unconditional, Individual, and Infralapsarian' in Perspectives on Election: Five Views, ed. Chad Owen Brand (Nashville, TN: Broadman & Holman Publishers, 2006), 23. 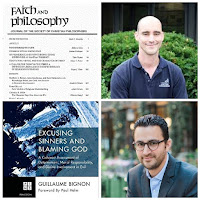 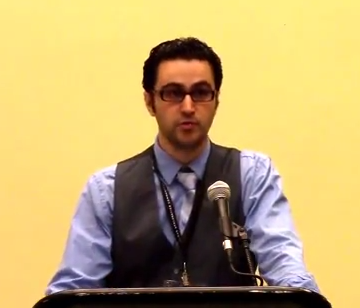